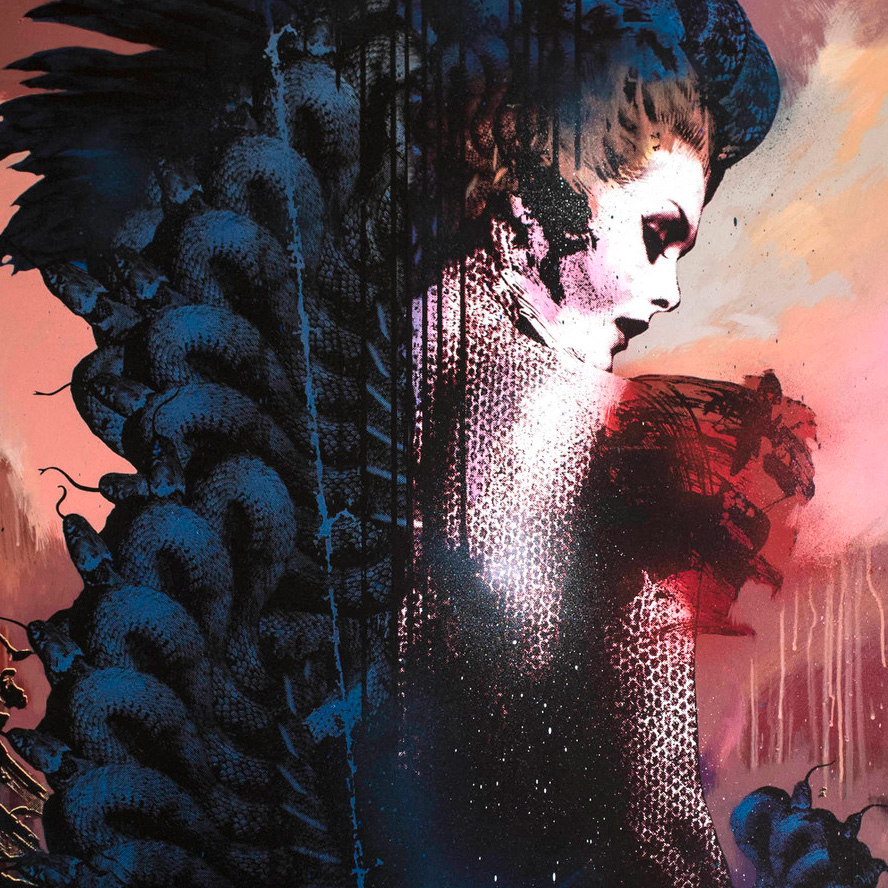 Jim Starr has been screen-printing for 15 years and has exhibited in upwards of 70 group shows and 7 solo shows. His work has gone under the hammer alongside some of the world’s most celebrated contemporary artists at auctioneers Dreweatt’s Urban Art Sales (at Paintworks, Bristol, and Selfridges, London), and has been exhibited solo at London’s Dalston Superstore.

Jim’s use of pop culture and pin-up imagery isguaranteed to inspire anyone who loves the louche and the lowbrow. His work fuels the spirit and strikes a chord in the soul, continuing to resonate long after the first glance. Marie Claire, Blueprint and Time Out.

To find out more information or to look to purchae some art. Please contact;